In 1973, Hershman Leeson began a private performance as the fictional character, Roberta Breitmore. Breitmore’s first act was to arrive by bus in San Francisco and check into the Dante Hotel. In the following years, she undertook real-life activities such as opening a bank account, obtaining credit cards, renting an apartment, seeing a psychiatrist, and becoming involved in trendy occupations, such as EST and Weight Watchers. Breitmore placed ads in local newspapers seeking a roommate. This action resulted in 43 responses. She pursued interactions with 27 of those individuals. Roberta had her own clothing, signature makeup, walk, gestures, speech mannerisms, and handwriting. Her activities were documented in 144 drawings and surveillance photographs, as well as other artifacts, including checks, credit cards, and a driver’s license. During the fourth year of the performance, Breitmore multiplied into four other people appearing in her guise. The performance ended in 1978 at the Palazzo dei Diamanti in Ferrara, Italy in an exorcism ritual held in the crypt of Lucrezia Borgia, during which Breitmore was transformed through the elements of fire, water, air, and earth. Hershman Leeson collaborated with Spain Rodriguez, a Zap Comix artist, to document the escapades of Roberta Breitmore in a graphic novel. 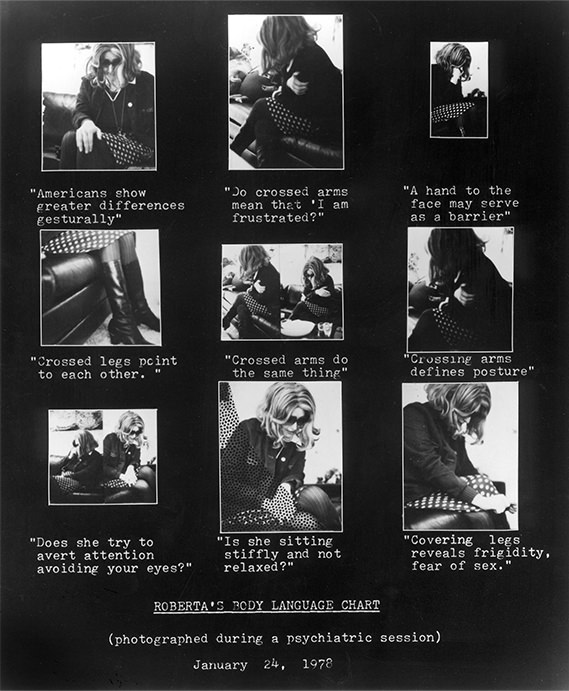 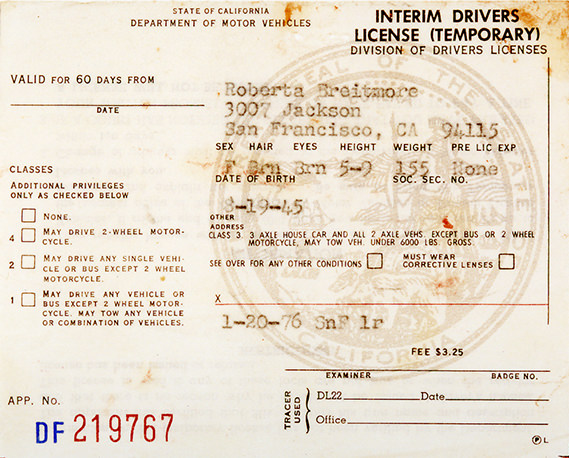