With Lorna, Hershman Leeson created the first art work that used laserdisk technology. Exploiting the interactive capabilities of the medium, the artist enables users to explore and intervene in the world of an agoraphobic woman named Lorna.

In 2018, this groundbreaking work was acquired by the Whitney Museum of American Art and is included in the exhibition Programmed: Rules, Codes, and Choreographies in Art 1965-2018. Whitney Press Release 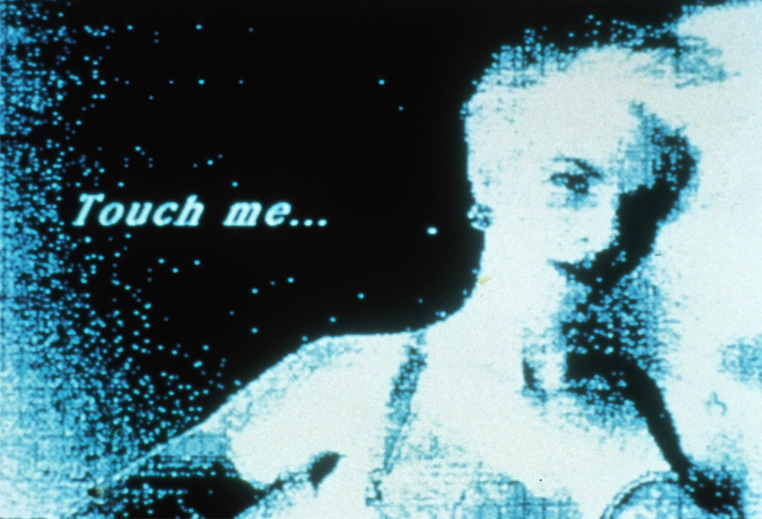 In this interactive videodisk installation, users are invited to use a Microtouch monitor to directly touch the body parts of a female character named Marion. A surveillance camera registers the visitor’s presence, triggering Marion to entice him or her to begin the action. Depending on what body part is touched, a complex web of episodes unfolds. 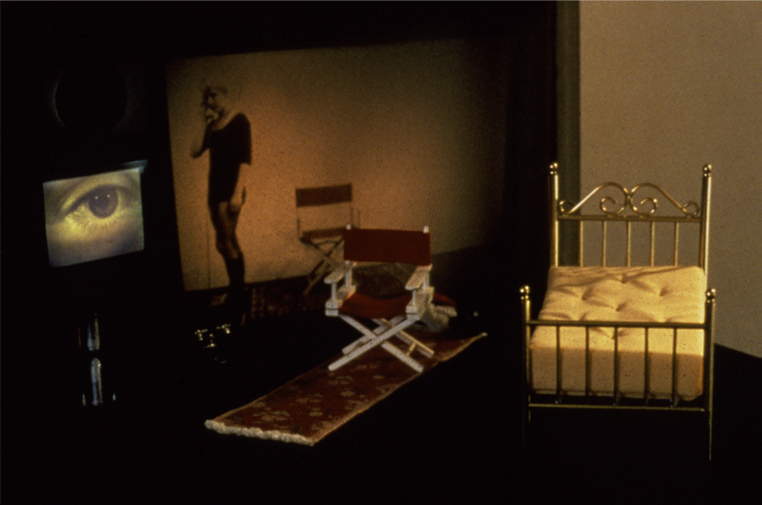 In this interactive installation, the spectator can peer into a miniature bedroom. A moveable periscopic viewer tracks the movements of the voyeur’s eyes, triggering videos of the female occupant to be projected onto the bedroom wall. As the viewer focuses on the different objects contained in the space, particular scenes from the videodisk are shown, accompanied by recorded questions, demands, or protests from the character. Close-up surveillance footage of the viewer’s moving eye, in turn, is captured in real-time and appears on a small television monitor inside the room, reversing his or her gaze. 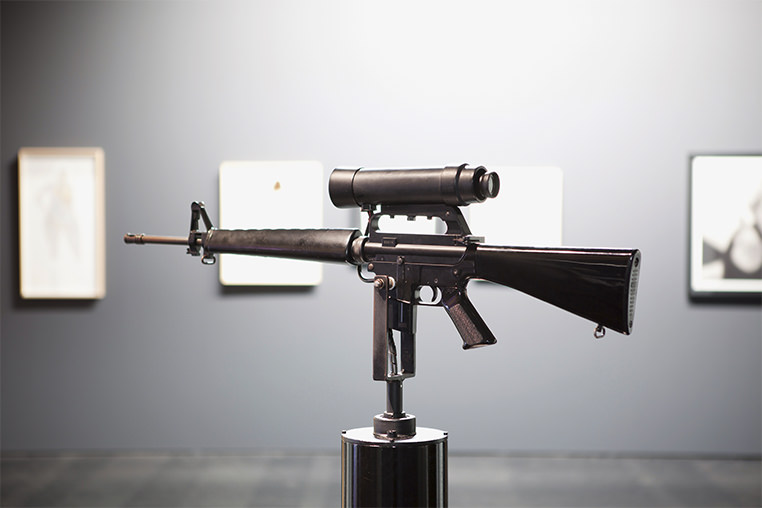 Looking through the viewfinder of the weapon, associated with US involvement in the Korean, Vietnam, and Gulf wars, the spectator sees video footage of atrocity and war. When the trigger is squeezed, a sensor-controlled camera built into the device takes a snapshot of the viewer, which is then superimposed over the footage. Caught in the crosshairs, the viewer becomes the target of his or her own action and as an aggressor, becomes the victim.