In 1984, after teaching herself how to use a video camera, Lynn Hershman Leeson sat down in front of it and began to talk. She modeled what we take as commonplace in today’s online culture: confessional expression for an unknown audience. Over 20 years, Hershman Leeson filmed herself as she developed a profound relationship with her own mediation through the camera’s gaze. At turns frank and sly, honest and performative, she slowly takes a deep, inward turn to examine her foundational memories of violence and psychological harm—unbearable, unspoken truths she saw often buried and carried by women. In linking these traumas to their systemic causes and historical reproduction, and then speaking them aloud, Hershman Leeson forges an artistic path to survival.

In 2018, Hershman Leeson took up the final chapter of the Diaries, presented here for the first time. She concludes 17 years of research—begun in 1993—investigating biogenetics, tissue regeneration, genetic manipulation, and the 3D printing of organs. Working with geneticists and scientists, Hershman Leeson focuses on two processes: gene editing and DNA digital storage, in which scientists encode and store massive amounts of data in a gene strand. In storing her archives in DNA, and creating her own custom antibody, the artist attempts to answer questions central to the Diaries: can advanced technology help strategically elevate lost cultural histories? Can bodies – and societies – move past traumatic legacies to heal themselves? 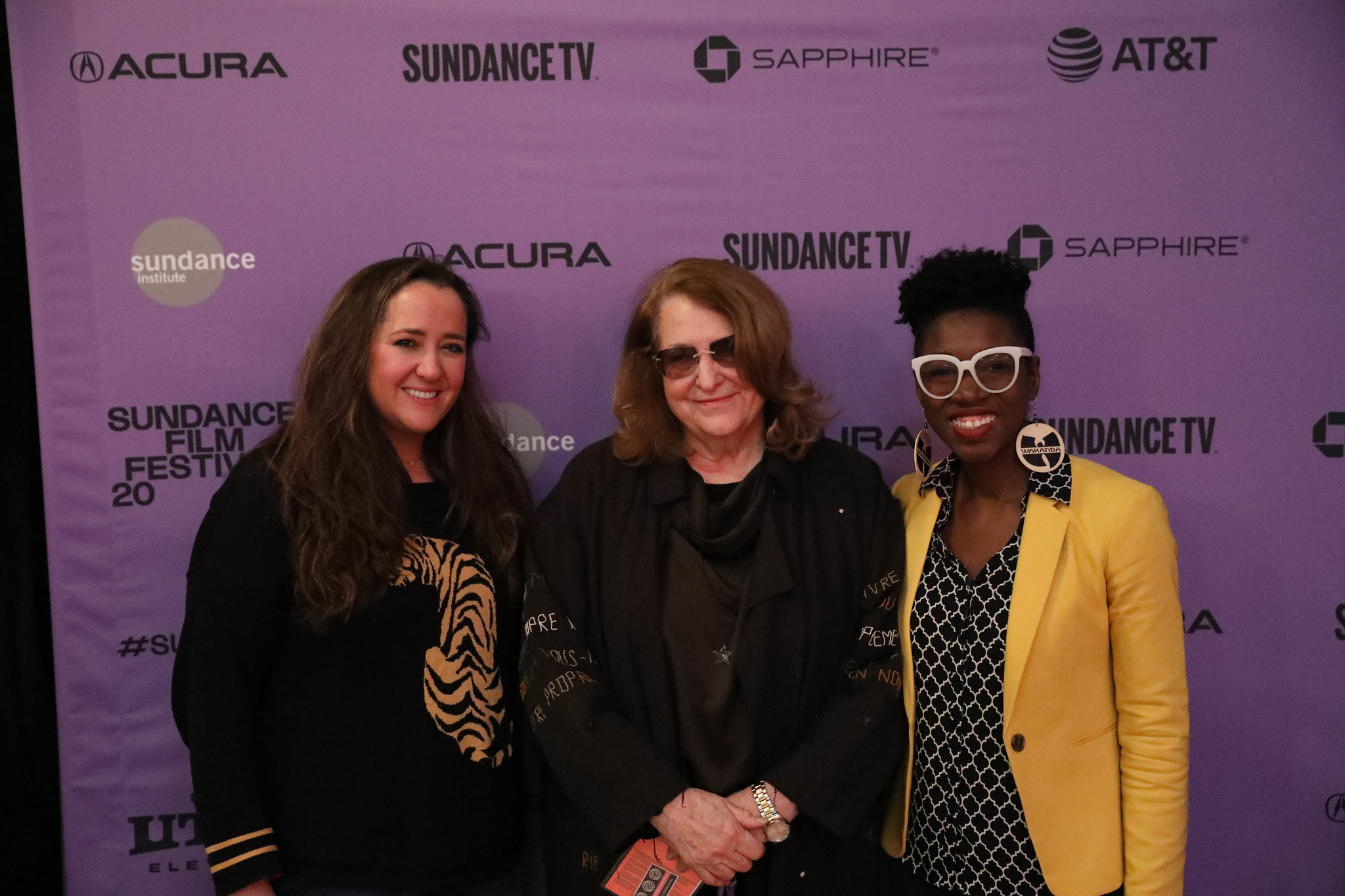 Adrienne LaFrance, Lynn Hershman Leeson and Joy Buolamwini at the ‘Under Whose AI?’ event at the 2020 Sundance Film Festival © 2020 Sundance Institute | photo by Maya Dehlin

The Electronic Diaries (1984-2019)  was officially selected by Sundance Film Festival as part of the 2020 New Frontier exhibition. Prior to that it was on show at the Manual Override exhibition at The Shed, from late 2019 to early 2020. For future screenings of the film please refer to this page, or the Current page where you can find a list of Lynn’s current and upcoming shows and screenings.

If the question of what constitutes a person seems to have particularly anxiety-inducing relevance in the age of ever-expanding AI, it’s comforting to see the work of an artist who has been grappling with that inquiry—and doing so in relation to technology—for decades…. perhaps the greatest investigation of that idea takes place in Leeson’s Electronic Diaries, which greet the viewer upon entering Manual Override. Filmed between 1984 and 2019, the diaries—short films projected on a series of screens, marching across the gallery—seem a foreshadow of many things: the reality TV confessional, the vlog, the Instagram story monologue. But if those formats connote superficial engagement with interiority, Leeson’s videos are raw, poignant, and painful.

Beginning in 1984, the artist turned the camera on the real Lynn Hershman Leeson, and began recording what would become the hourlong edit of her life, the “Electronic Diaries.” “It was like this omnipotent presence, this Cycloptic eye that was watching and listening and not saying anything, but letting me say anything I wanted,” she remembers of her early relationship with the camera. Indeed, her real-life therapist was later taken aback to discover the artist had given up certain revelations to the camera that she hadn’t brought to their sessions… The camera helped her “come to consciousness,” to evolve, to externalize herself and to survive. It also provided a venue to reflect on the watershed events in the world, like the fall of the Berlin Wall, and the meteoric pace of scientific and technological advancements. “We’ve become a society of screens, of different layers,” she says in an early installment of the “Diaries.” “The truth is almost unbearable.” “A cyborgian future, that’s what I see,” she reflects later on in the piece.

The art of Hershman Leeson, who has been working diligently since the early 1980s to explore and unmask the ways technology shapes our experience of the self, is the hub around which the show revolves. Her six-screen installation of excerpts from The Electronic Diaries (1984–2019) feels almost unbelievably contemporary: when camcorders first became available in the 1980s, she started recording her most private thoughts, anticipating by decades the confessional vlogs and Instagram live streams that have become so familiar. Her stories—of unsated hunger and body dysmorphia, divorce, childhood physical and sexual abuse, and much more—are intimate, yes, but she constantly reminds us of their mediated nature, sometimes intercutting them with news images or interviews with friends and collaborators. 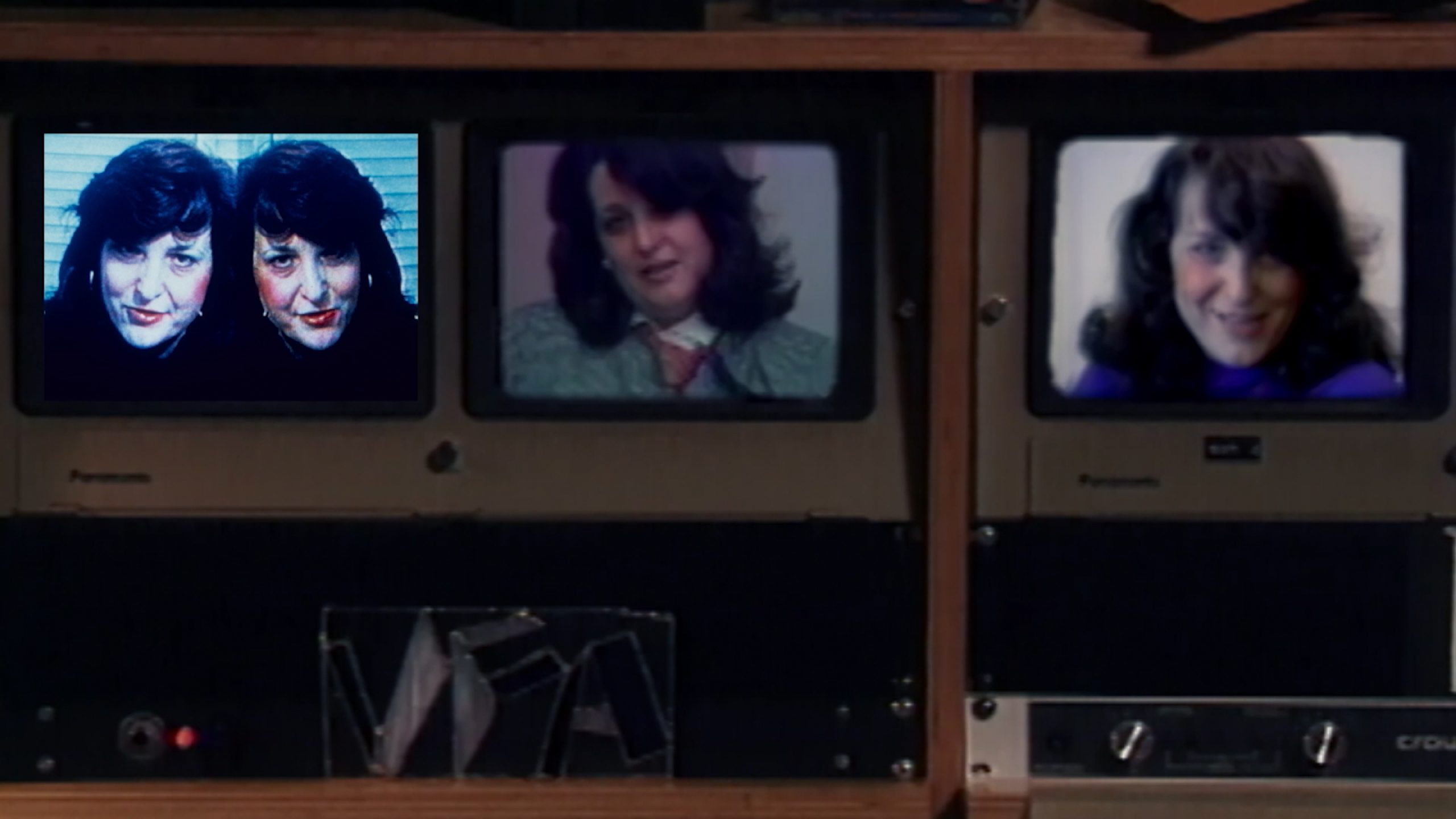 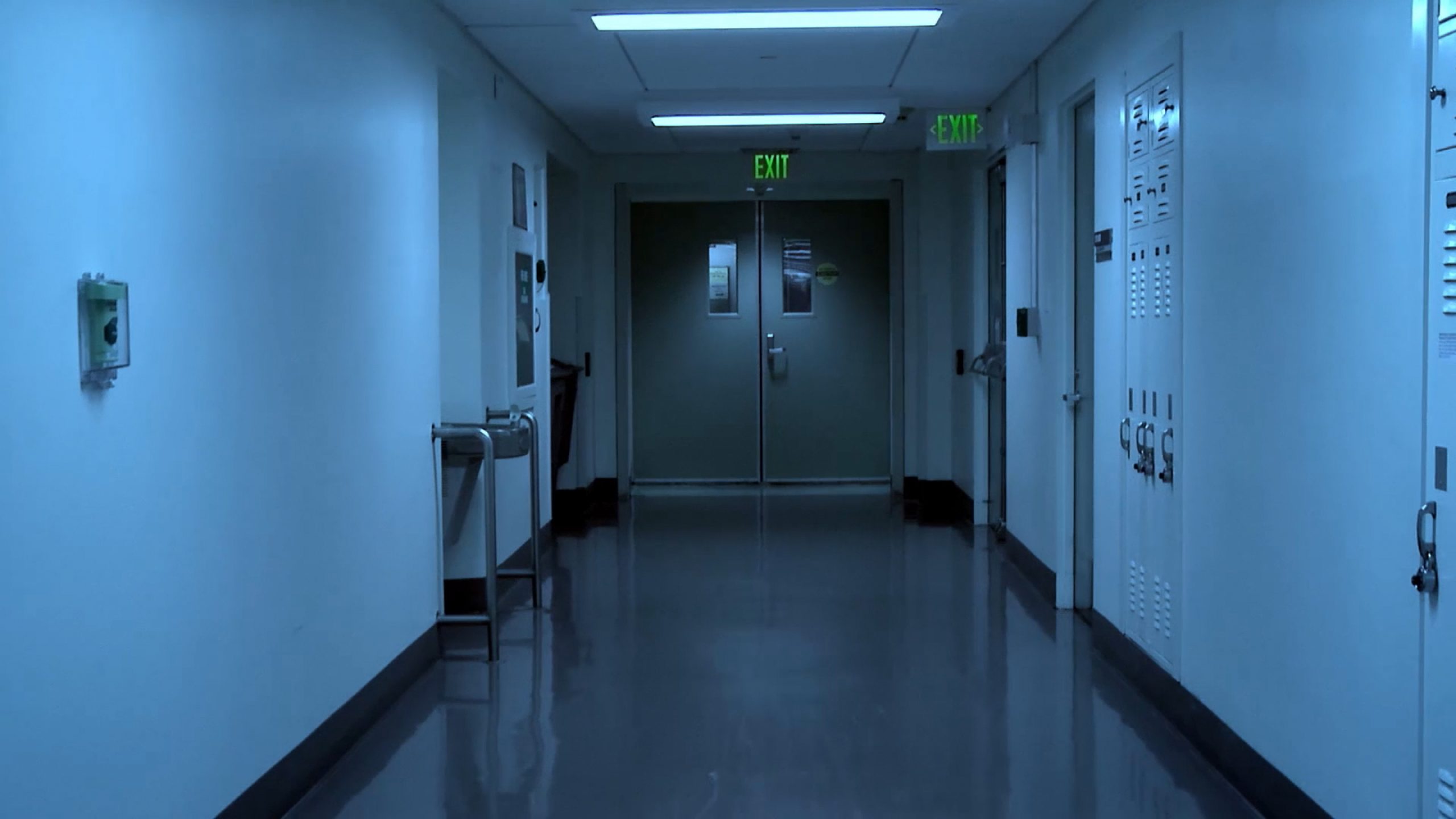