Commissioned by The Shed

This work was made possible by funds from The Shed, VIA Art Fund and Hotwire Productions LLC 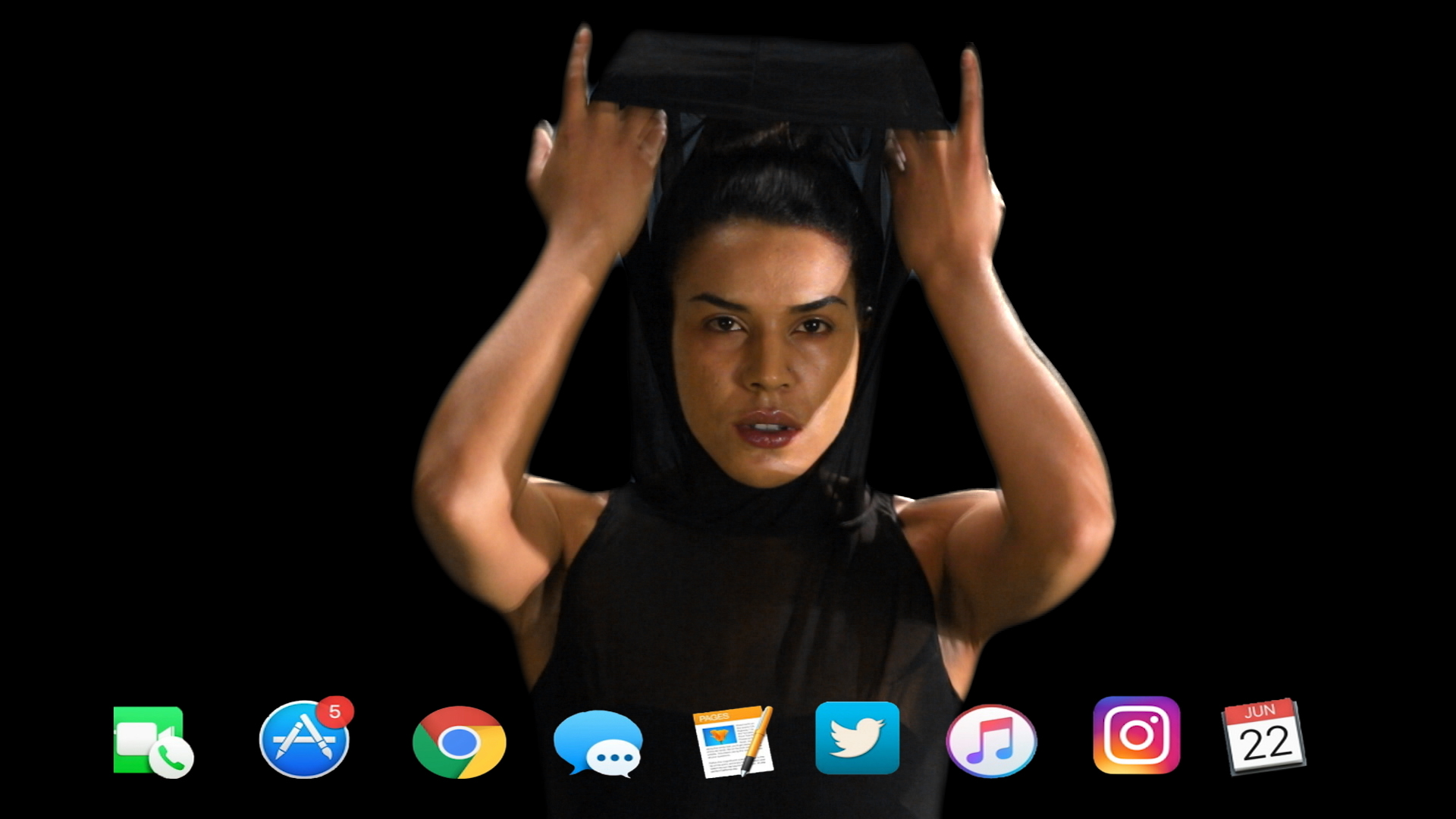 Still from Shadow Stalker featuring January Steward as the Spirit of the Deep Web, 2019.

“Algorithms are the titanium white of this era’s painting.  They are the undercoat that hide culture’s negative spaces.”

Shadow Stalker is a “live” interactive installation that uses algorithms, performance and projections to make visible private Internet systems like Predictive Policing that are increasingly used by law enforcement and promote racial profiling.

**Shadow Stalker is the winner of a 2020 Prix Ars Electronica Award of Distinction.**

Shadow Stalker was on view at The de Young Museum, from February 22 – October 25, 2020, as part of the Uncanny Valley exhibition. Find more details here.

It is disturbing to witness the vulnerability of half-aware users willingly providing not only their data but also their bodies for imaging. The ease with which both types of  profiling are generated in real time provides a stark visualization of how we are all dangerously surveilled, demonstrating that our identities have already been replicated as diminished, ethereal versions.

Soliciting visitors’ email addresses, Hershman Leeson’s Shadow Stalker broadcasts what personal data can be gleaned from an internet search of that email, yielding current and former addresses, dates of birth, phone numbers and even, sometimes, credit scores. (Schmuckli assured me the museum isn’t keeping people’s email addresses on file, so at least there’s that.) Hershman Leeson further implicates her audience (their physical and “digital” shadows become part of a projected map) by linking this invasive search to the reality of predictive policing, which uses data about past arrests to identify “high-risk areas” and determine heightened surveillance of those spaces. The feedback loop is dizzying.

What it Means to be Human in the Age of AI

Pictured inside a red digital square like the one PredPol puts on maps to indicate a likely crime zone, Thompson warns about complacency when it comes to data collection and online privacy. “The red square puts us inside of a coded prison,” she says. “The Red Square has also been a place of revolution. We decide which we will become: prisoners or revolutionaries.”

Shadow Stalker was first exhibited in late 2019, as part of the Manual Override exhibition at The Shed, New York. See below for reviews of the exhibition and Lynn’s work, and watch a film about the development of the installation here.

Ms. Hershman Leeson hopes to give visitors to the Shed a chilling sense of their own vulnerability to this kind of data-mining. When they enter the installation they’ll be asked to enter an email address, setting a simulation of the Predpol algorithm into motion, fetching biographical data — names of friends, loved ones, old addresses — that ultimately spits out a data shadow that appears behind them.

Hershman Leeson’s Shadow Stalker, newly commissioned for this exhibition, has multiple components, all focused on the troubling use of digital algorithms by the police—including a film narrated by Tessa Thompson, star of the HBO reboot of Westworld, which explains how such methods often reinforce, rather than reduce, bias against people of color and the poor.

Lynn Hershman Leeson’s Shadow Stalker tells us about ourselves

At the Shed, viewers are invited to enter their email address, and Hershman Leeson’s algorithm fetches chilling results: old home addresses, the names and prior locations of loved ones. It’s a creepy work about the uneven power dynamics that guide the way we use digital technology—and an instructive one about the dangers of putting too much information into our beloved machines. 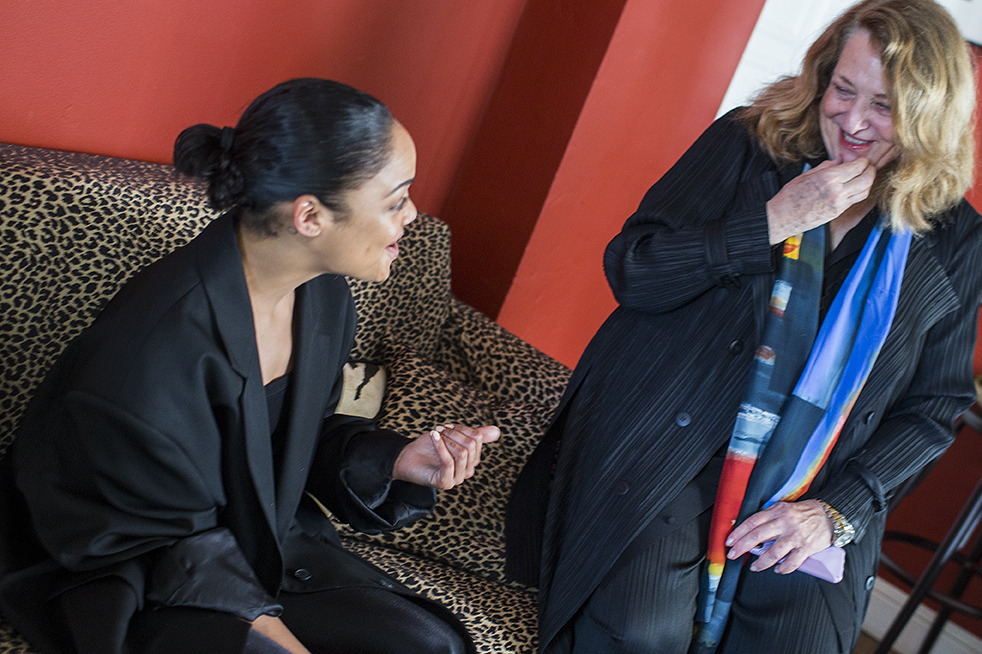 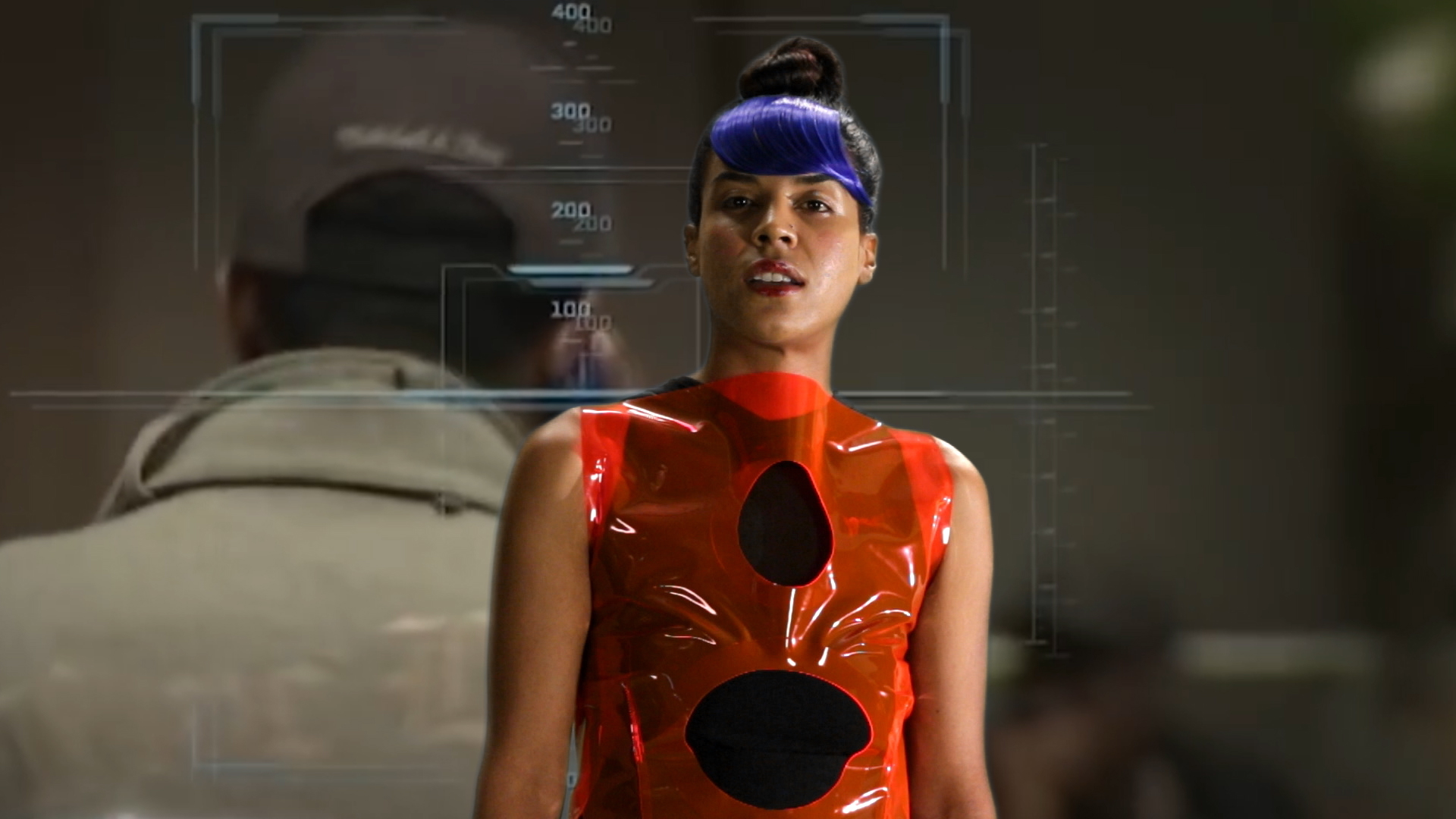 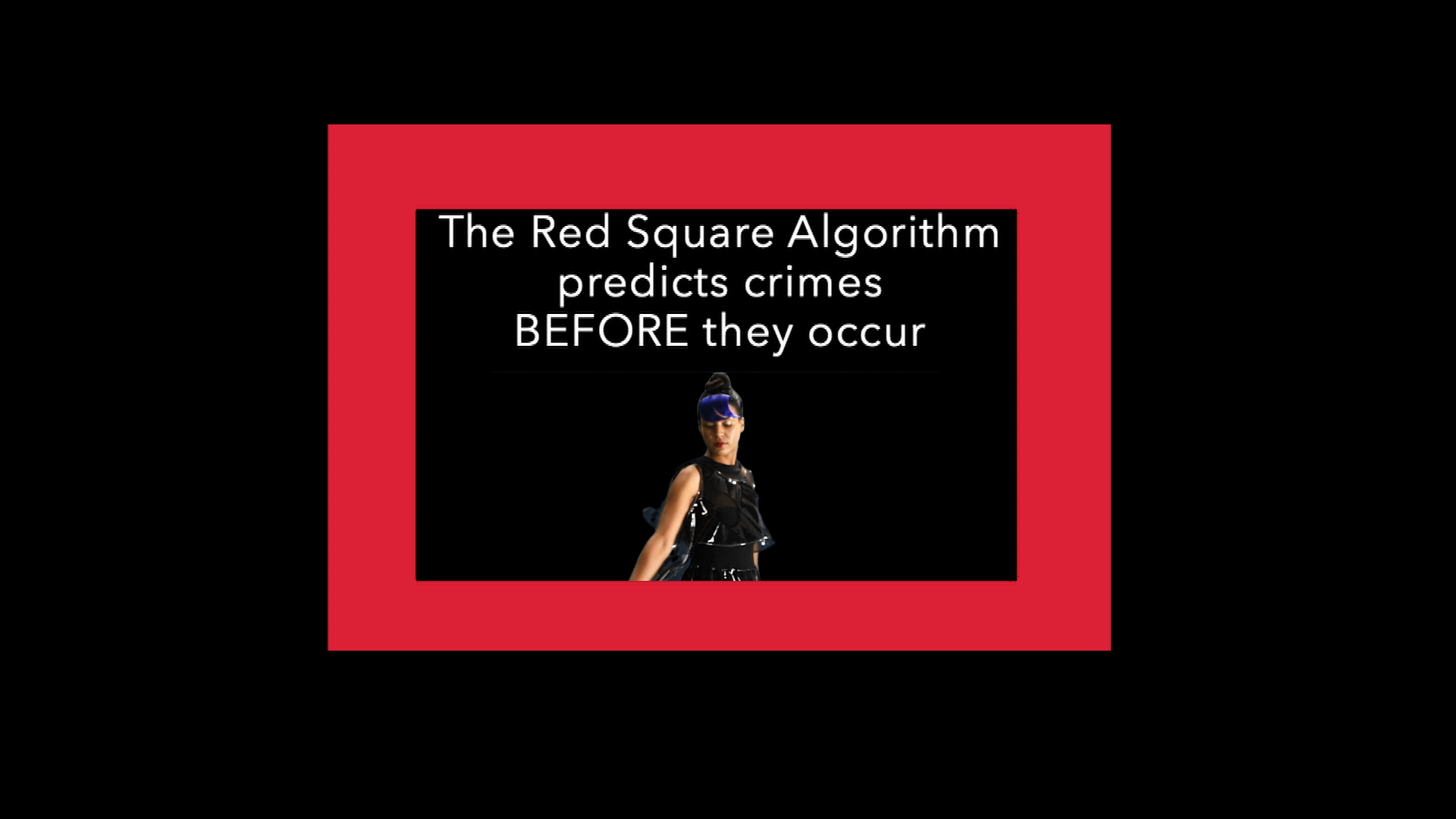 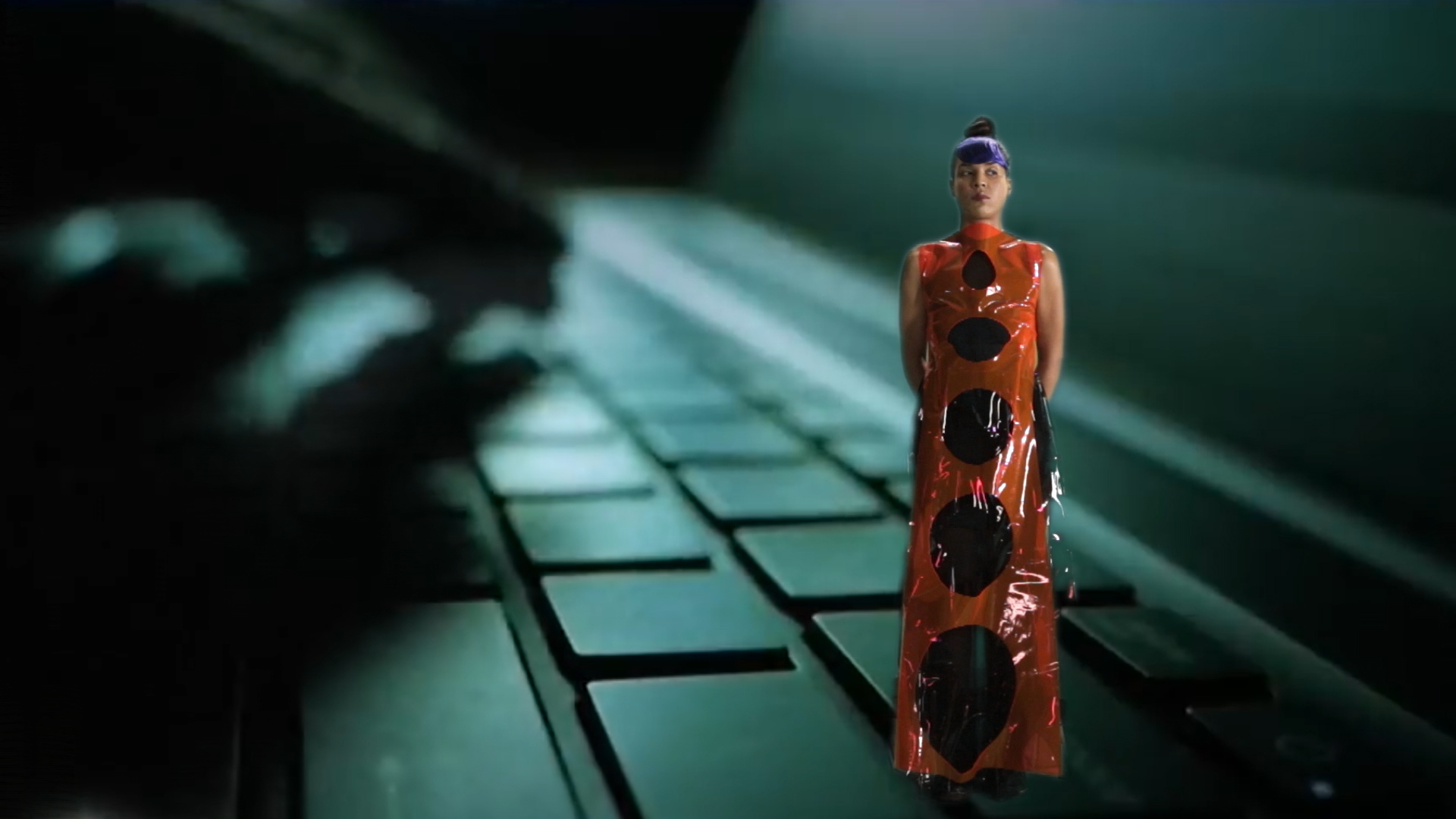